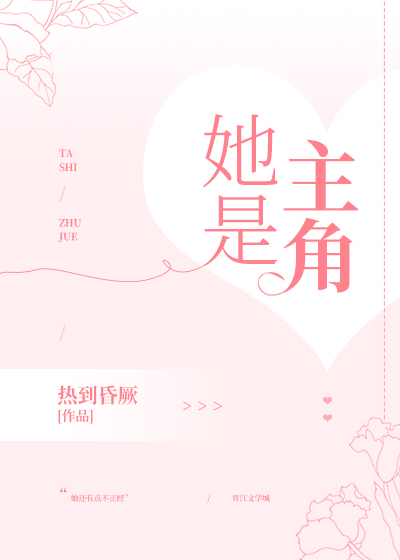 She is the Protagonist


•Tang Han Qiu’s Perspective• Tang Han Qiu is the daughter of a business giant alligator and is controlled by an invisible force forcing her to become a vicious female supporting character constantly chasing after the male lead who she particularly despised constantly tripping the innocent female lead using every means and effort to become disgusting and annoying. In this regard she said to herself: I can’t stand it anymore let me go thank you. Then she was reborn not only reborn the power that controlled her also disappeared – she could control her body! – Male lead? Sorry I don’t like this s*upid man. Get lost immediately thank you. – Female lead? Sorry… … wait! How come the female lead is different? Now the current prosperous main heroine – the superstar Yu Ru Bing sat opposite her smiling like a flower while looking at her. “President Tang would you consider keeping me?” “The price is not expensive a piece of candy is enough.” •Yu Ru Bing’s Perspective• Yu Ru Bing inexplicably transmigrated into the female lead and mysteriously tied a system. Then she gloriously became the most rebellious and favorite host. Not only did she refuse to cooperate with the system to do tasks to make Tang Han Qiu turn back into a vicious female supporting character she was keen to troll the system and hates the system. As long as she can drive the system despondent then she’ll be happy. In order to be happy she the female lead in the presence of the female supporting character Tang Han Qiu became a career fan committed to make Tang Han Qiu better and better. The system was so angry it couldn’t stop her and everyday it was in a despondent state. It’s just Yu Ru Bing this career fan this front has deteriorated. – She became Tang Han Qiu’s wife fan.